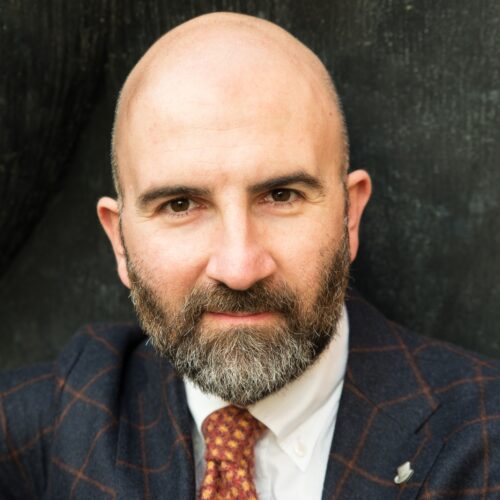 Donato Carrisi
The House of Voices

A screenwriter, a novelist, a playwright, and a law graduate with a specialisation in criminology and behaviourism (the subject of his Master’s thesis was, of course, serial killers, in particular Luigi Chiatti, the notorious, child-killing Monster of Foligno), Donato Carrisi founded the drama group Vivarte, while he was a student, for which he wrote four plays and two musicals. He debuted in 2009 with the crime novel The Whisperer, which was a huge commercial success – over 250 000 copies sold in Italy alone, translations into twenty languages, and publications in twenty three countries. Since that time, he has published nine more novels. His new series includes the thrillers Il tribunale delle anime, The Hunter of the Dark, and Maestro delle ombre. The sequel to The Whisperer is called The Vanished Ones. Adapted for the screen were The Girl in the Fog and Into the Labyrinth. He has also written Goco del suggeritore, La casa delle voci, and the as-yet-unpublished in Poland La donna dei fiori di carta. The testimony to Carrisi’s extraordinary talent as a crime novelist are the numerous awards and honorary mentions at various festivals in Italy (Premio Bancarella, Premio Letterario Massarosa, Premio Camaiore di Letteratura Gialla, Festival Mediterraneo del Giallo e del Noir) and France (Prix SNCF du polar européen 2010, Prix des lecteurs du livre de Poche 2011).