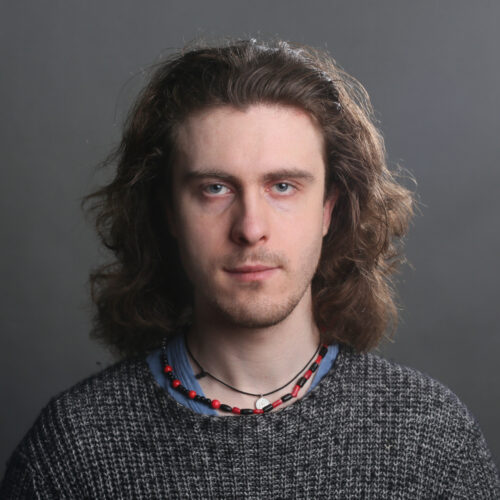 A director and a playwright, an educator at the Faculty of Drama Directing of the AST National Academy of Theatre Arts in Cracow. He debuted with August Strindberg’s Miss Julie at Teatr Ludowy in Cracow (2018). Then, he began his collaboration with Konrad Hetel (Hamlet by Wyspiański at The Juliusz Słowacki Theatre; Death of a Salesman by Arthur Miller at Wybrzeże Theatre; Kto zabił Kaspara Hausera at The Stefan Jaracz Theatre in Lodz; Slowacki umiera at The Helena Modrzejewska National Stary Theatre in Cracow; Studium o Hamlecie at AST; Matka Witkacego at Teatr Nowy in Poznań). He has participated in artistic residencies including Sopot Non Fiction 2018 and is the winner of the 2019 Leon Schiller Award. He was an assistant to Krystian Lupa and collaborated with the Jerzy Grotowski Institute and the Gardzienice theatre centre. Born in Pionki, he lives in Cracow.

pic. from the autor's archive